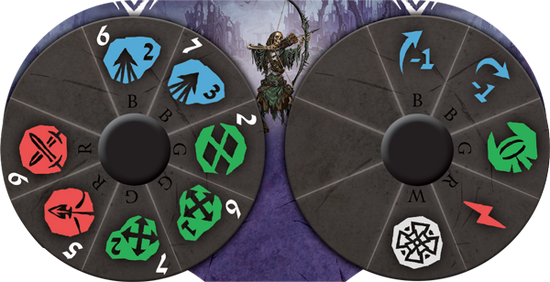 The hiss of Reanimates' blighted arrows raining down from the skies sends even veteran soldiers scrambling for cover. Wounds inflicted by these arrows rapidly necrotize: flesh peels away, foulness spreads, and bones crumble and crack. Panic spreads as healthy warriors fall, rotted from within. Able to kill at range and afflict their targets with the blight of the Mistlands, Reanimate Archers inspire fear in even the most stalwart-hearted soldiers. However, some groups of these skeletal undead elicit more dread than others.

Legends tell of the Burned Dead, a group of Reanimate Archers whose bones and armor have been charred black by fire. These foul undead were once an ill-fated group of bandits, put to the torch by the cruel Baron Mareshe centuries ago for stealing a relic of incalculable value from his treasury. When Waiqar's necromancers animated their corpses, their hatred is said to have burned as hot as the flames that consumed their lives.

The Shattered were supposedly meticulously pieced together from the fragmented bones of countless generations of dead by the necromancer Skyldr. Her masterwork monstrosities are highly prized by Waiqar's lieutenants, each an elaborate puzzle of bone. The Shattered use arrows tipped with jagged bone shards as well, leaving vicious gashes upon their victims, terrible wounds that even the wisest healer seems unable to mend.

Retrieved from "https://runewars.fandom.com/wiki/Reanimate_Archers?oldid=3838"
Community content is available under CC-BY-SA unless otherwise noted.